UNDER CONSTRUCTION
Welcome to the Aucilla Research Institute Virtual Classroom and Museum. This application explores various aspects of the natural environment and history of the North Florida region. The material provided has been selected to be of interest to a wide spectrum of viewers. In addition to photographs, some of the exhibits may be viewed in three dimensions. Please use the tabs below to navigate the Museum and to understand the objects included here.

Virtual Museum and Classroom
Use tabs below to understand navigation through the Virtual Museum
<
>
Viewing Index Keys
The virtual museum is set up to allow a random search through the exhibits or to search for a specific type of item based on several descriptive keys. A file of the exhibits, such as illustrated below, provides a thumbnail photo of the object together with brief descriptive information. 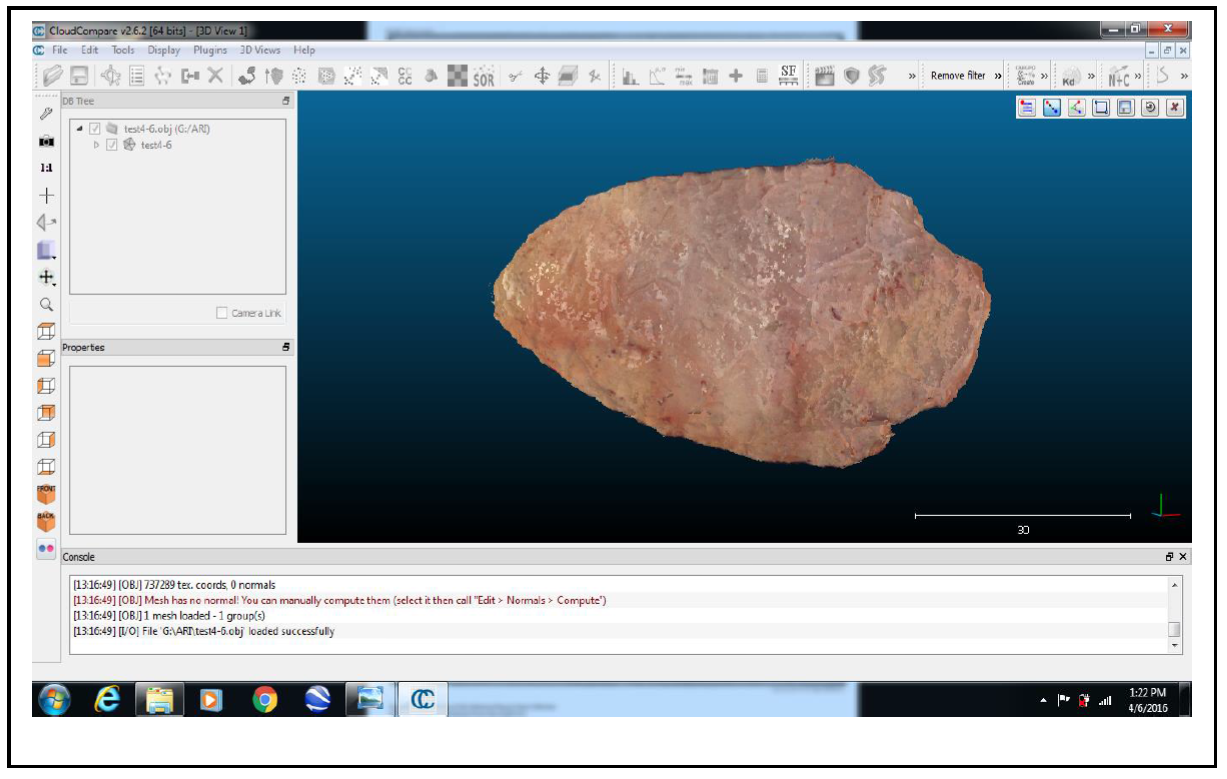 Typical Model being viewed in Cloud Compare Software. The image may be enlarged as desired as well as rotated and viewed from any perspective. Measurements may also be made with typical viewing software.
At present, for demonstration and public comment purposes, only a few typical items have been loaded onto the site. But, as more items are inventoried, documented and scanned, the content of the virtual museum will gradually be increased.
ENTER VIRTUAL MUSEUM
The Scanning Process
The ARI has developed an artifact scanning lab equipped with a high-resolution laser scanner associated with computer system and software. The heart of the scanning lab is a Next Engine scanner. That device "paints" the object being scanned with four bands of an infrared laser to measure distances and angles and create an amazingly dense image of 67,000 points/sq.in.

In addition to creation of the virtual museum, the scanning lab allows ARI to provide scanning services for archaeological researchers who wish to have artifacts scanned for sharing with colleagues and the public anywhere in the world.  Please contact us at [contact information here] for further information.
ENTER VIRTUAL MUSEUM
This virtual museum has been made possible thanks to the generosity of the Louise H. and David S. Ingalls Foundation which has allowed the ARI has developed an artifact laser scanning lab for the 3-D scanning of artifacts.